skip to main | skip to sidebar

For the Love of Thoroughbred Horse Racing!!!

Handicapping With an Edge

by Nick Borg
Unless you’re an industry insider like an owner or trainer or some industry executive, for the rest of us this game is all about cashing tickets. And to cash tickets consistently there is one thing you need to have, an edge.  Somewhere within the race you are handicapping and the past performances you are studying lies an edge. You have to discover it, learn how it’s being applied and correctly weigh it against the rest of the field if you are going to achieve success and cash a ticket on this race.  This edge I speak of is an angle, a maneuver where a horse or trainer is trying to create a way to get to the winner’s circle. This angle has to be realized and the intent must be understood in order to be able to reap the benefits
There are so many unknowns in this game that it would be just impossible to win consistently going at it without an edge. For instance, about 20 years ago I was at Penn National Racecourse in Pennsylvania and as I was waiting to see the horses come onto the track I realized that they were all lined up on the side of the walking ring in the Receiving Barn.  With many United States racetracks you can’t see the horses prior to the race in the Receiving Barn. Many times you can’t see the horses prior to the race till they get on the track so I thought it would be a good thing to see the horses prior to entering the track giving me more time to check out their body language.  What opened my eyes was the fact that most of the horses in the Receiving Barn had one of their legs in a bucket of iced water! Here I was following this game for years not realizing that a horse can have his legs in iced water in the Receiving Barn just minutes prior to the race. I mean how sore are these horses that they have to be iced minutes before the race?

So I began by crossing off every horse that was being iced prior to their race. This of course knocked each race down to only a few real contenders and on the night I did well and yes two of those horses being iced had still won on the night. But I couldn’t help thinking that yet again there is another unknown to deal with in the way of trying to cash tickets.  In reality it is a very tough game to succeed at no matter where you stand. We all know about racing luck and jockeys messing up and traffic problems and jocks not reading the pace scenario correctly. There are amillion ways to lose and tear up your tickets compared to only a few ways to cash those tickets. So in order to succeed we have to discover the edges and try to use them to our advantage.

1 – Knowing how to read the pace scenario is a huge edge.
Understanding how the race will be run is a huge edge. Judging which horses will go to the front and which horses will lag can knock a race down to only a few real contenders. How many times have we watched a turf race scheduled to be run at along distance say 1 ¼ miles where one horse gets loose on the lead and never looks back? In the body of the race there is one early speed type that never won going as far as 1 1/8 miles so many would cross this horse off.

The rest of the field is filled with horses that have won 2 and 3 races in a row, at higher class levels and all look like tigers. However when the starting gate opens the speed horse gets loose on the lead, loping along under a first half mile in about 50 seconds. And of course he gallops home with an easy win leaving everyone that didn’t have him pissed.

So knowing the pace scenario and how the race is going to be run can bea big edge. After that you can rate horses as to where and what position they should be in at certain points of the race by knowing how fast the early pace figures are you can estimate which horses will be able to rally and which horses should start to flatten out.

Once I have done this I start to compare each horse’s profile against each other and figure out if any horse has a likeable edge that I feel can make the difference in them winning today’s race. Then I work on how the race figures to be run and how this horse with the likeable edge fits in.

For instance let’s say that I have found a horse with a decided class edge. He has been knocking heads with several horses that are real tigers, fighting every step of the way in seemingly almost every race they run.

Today our angle horse is dropping into a much softer spot although entered at the same class level of his last three starts. So unless you know or realize the abilities of the horses he was facing in his last few starts this class drop goes undetected. On the board our angle horse is 12-1.

However, according to how the race will be run, our 12-1 shot will be running about 8th in the early going because there is an abundance of early speed signed on. So while this horse has a class edge it gets negated because he is going to be too far back for my liking.

3- Sometimes I like to skip a race.
If I can’t find an edge or an edge that I like enough and have confidence in backing then I will simply skip the race. If I find more than one horse in the race with an edge or an angle that I like then of course I will try and bet according to how the horses are telling me they will run.

Since I feel both of these horses are telling me they are going to run big races today, instead of trying to toss one of these horses out I will use both of them in perhaps a Double or an Exacta or in my Pick-3’s and Pick-4’s. In doing this I feel I am locking up the race.

These three edges I have discussed should open up some new paths and ideas in your handicapping. In the next issue I’ll get into more ways to find some more hidden angles that can turn into some very rewarding edges. 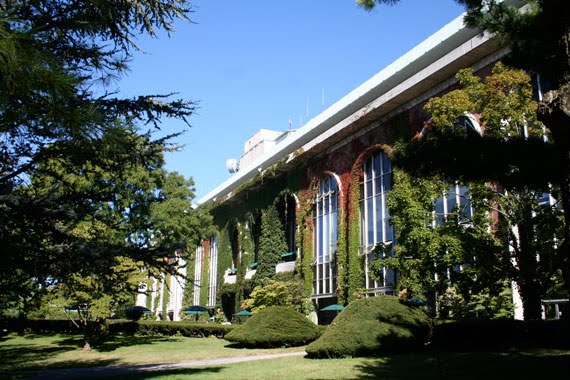 Brian Zipse
I've been going to the races and following the horses since before I can honestly remember. For example, my best recollection of being in the stands for Secretariat's amazing run in the Belmont was not the race, but the stands shaking so much beneath my feet. Quite an experience for a little guy who just turned 4! Two of my favorite fellow handicappers are my brother and my father. My one year old daughter is already showing signs of loving the horses :>) My favorites...how about Wajima, Spectacular Bid, Fancy Naskra, Five Star Flight, Christmas Past, Princess Rooney, Lady's Secret, With Approval, Paradise Creek, Sunday Silence, Unbridled, Skip Away, Free House. Musket Man and Rachel Alexandra, just to name a few.